The car sales market performed better than expected in 2016, with car sales increasing by 17% compared to the previous year. However the trend did not continue in 2017. Sales have been lower for every month in 2017 compared to the same months last year. We are now half way through the 3rd quarter of the year with the total decrease being at 9.37%.

Along with the changes in car sales figures, there’s also been some movement between which cars have made it to the top ten and their position in the rankings. So what car the best selling cars of 2017?

The Hyundai Tucson has maintained its position as the number 1 selling car in Ireland for the second year in a row. The reasonably priced family car has benefited from in the increased popularity of crossover cars and with its sleek design and spacious interior; it has managed to fend of competition such as the Qashqai, to make it to the top. 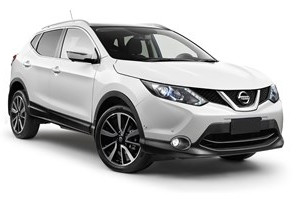 The Qashqai has moved up 3 places making it the second most popular car with a market share of 3.3%. The Qashqai’s popularity further highlights the increase in demand for crossover vehicles in Ireland at the moment. Despite having a similar starting price to the Tucson, it may lack a little in style and space compared with the number one vehicle but it’s a close call. 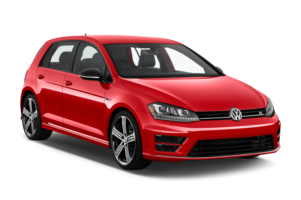 The VW Golf has dropped in the rankings in the last two years in Ireland. The Golf was the best-selling car back in 2015, but has dropped a position each year since. This may be as a result of the emissions scandal but Golf sales still remain high within the Irish Car market.

The Volkswagen’s reliability and a style to satisfy a wide demographic are contributing factors to the golf’s success in Ireland. Car owners may find themselves paying a little extra for a golf compared to similar car models but Irish drivers obviously think that a Golf car is worth it.

The rise of the Qashqui has pushed another car down in the rankings with the Ford Focus moving from 3rd to 4th position. The Focus has been a favourite with Irish drivers in the past few years, and based on its style, it’s not hard to see why. The Focus is a fun car to drive and its safety features are great too. However it hasn’t proven itself to be the most reliable option out there and if you go for the basic model, you may find that the interiors may be lacking a bit. 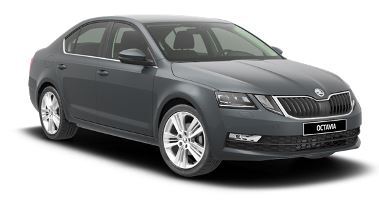 The Octavia remains a popular choice with Irish drivers. The only saloon in the top 5 of the best selling cars, the Octavia packs plenty of punch. But Skoda wasn’t always a popular brand. Skoda is still recovering from their poor reputation years ago. So despite being a reliable and attractive car now, the price has remained very reasonable.  If you want bang for your buck, you should turn to the Octavia.

As nationwide incentives are increased the move to go electric is growing year on year. Check out the top 10 best selling ecars of 2019 here.