Electric cars are becoming more popular in Ireland over the last few years. There are many advantages of electric cars, which include environmental benefits, cost savings and lower maintenance. There are also many government incentives for buying an electric car which can make them even more appealing.

The main advantage of electric cars is cost saving. The average cost of electricity to charge your car is much lower than filling it up with petrol or diesel. The rise in fuel over the last year made the option of an electric car more enticing. Electric cars require less maintenance than traditional cars, which will save you a lot of money in the future. They will have fewer issues as they have fewer moving parts. 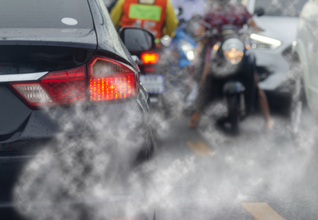 Performance is another advantage of electric cars. They can accelerate quickly and smoothly due to instant torque. Also, they have regenerative braking, energy captured when the car brakes and is used to recharge the electric car’s battery. It helps improve the performance and efficiency of the electric vehicle.

Electric cars are charged the lowest tax rate in Ireland at €120 per year. It is unlikely to change in the future. The Irish government has made it its goal to have over one million electric vehicles on the road by 2030 and is encouraging Irish drivers to switch to an electric car.

During the early days of electric cars, people were worried that the battery life of the cars were not sustainable. They felt the battery life was poor, so they couldn’t travel far. There have been incredible advantages in technology which has now made this issue a thing of the past. Battery life is much longer, and most new electric vehicles will offer a battery warranty to give you peace of mind.

Lastly, Ireland’s government has been promoting the use of electric cars in the country through various incentives. The Irish government offers a grant of up to €5,000 towards purchasing a new electric car.

Electric cars produce very little noise, making them ideal for driving in urban areas or for people who live near others. Some electric cars produce noise when reversing as required by law so people can hear a car close to them. There will be a lot less noise pollution in the future when everyone switches over to electric cars. 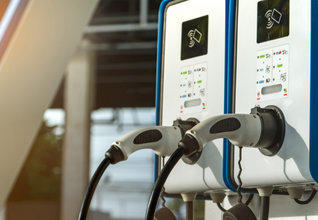 The charging infrastructure for electric cars is rapidly improving in Ireland. More and more charging stations are being added in cities and smaller towns, making it easier for drivers to charge their cars while on the go. You don’t want to have to plan out every journey, so this is essential to make it a simple switch for drivers with traditional cars.

In summary, electric cars in Ireland offer many advantages, such as cost savings, environmental benefits, improved performance and government incentives. The benefits of electric cars are clear, and with the advancements in technology and improved charging infrastructure, electric cars are becoming an increasingly viable option for Irish drivers.