Kennco.ie are a specialist insurance broker in Tesla car insurance. We want our customers to know that they have the best possible insurance available for their brand new Tesla car as a member of Kennco.ie.

We’re delighted to insure the hundreds of Tesla owners we have as our customers and be the trusted company they turn to in times of crisis regarding their motoring needs.

We can insure your Tesla vehicle if it is roadworthy and legally allowed on Irish roads. Our quotations will differ based on your experience as a driver, the cost of your car, the features of your car, your no claims bonus, and how securely you store your Tesla at your residence.

The History of the Tesla 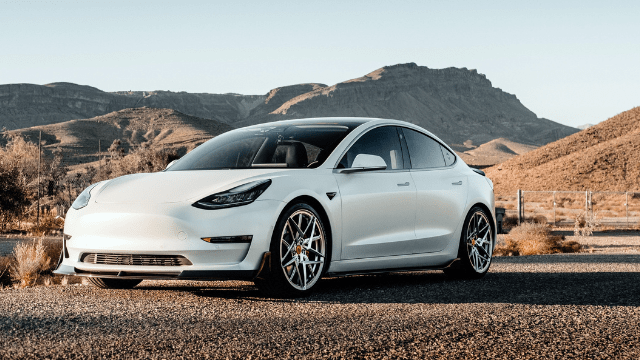 Tesla is one of the biggest electric vehicle manufacturers in the world today. Tesla was founded in 2003 by a group of engineers who wanted to make a push towards using an electric vehicle.

Tesla launched the Roadster in 2008 using their cutting edge battery technology, which amazed people. Then Tesla produced the Tesla S, which has been of their best sellers. It has an insane 0-60 mph acceleration in a stunning time of 2.28 seconds.

Tesla launched the Model X in 2015 and is one of the safest and quickest sports cars. It has a 5-star safety rating from the National Highway Traffic Safety Administration.

In 2016 Tesla released the eagerly awaited Model 3. It is a low priced electric vehicle,

Tesla announced they are working on the Tesla Semi, a fully electric truck that will change how transportation companies work.

In 2019 Tesla launched the Model Y, an SUV that can hold up to seven passengers.

Their latest release is the Cybertruck which saw tremendous buzz around it. The car itself looks like something out of the future, and in the unveiling for it, they hit the windscreen with a sledgehammer to show just how strong the Cybertruck is.

Benefits of Being a Tesla Owner

Kennco.ie has been helping insure Tesla owners since its establishment in 2008. We’re fully committed to trying to get you the best possible insurance price for your Tesla today. Simply click the button below to get a car insurance quote online today.