How to Jump Start a Car

Having a flat battery can be a nightmare when you have a busy day planned. Jump starting a car is a quick and handy way to start a car with a flat battery. Be careful when using jump leads as they can cause damage to both cars and people if not used correctly.

We recommend giving breakdown assistance a call and leaving it to professional mechanics. If you don’t have time to wait for them to come out, here are some tips on how to jump start a car using jump leads.

What do you need

How to Use Jump Leads Safely 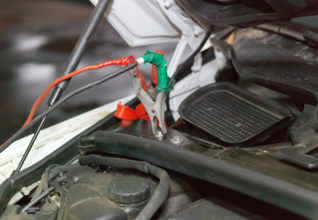 It may be your first time using jump leads, so there are a few safety precautions you should take.

Jump start in a safe environment

Give the battery and jump leads a check

Never remove the jump leads when the car is still running. If you do, it could cause serious damage to the car.

Guide to jump starting a car

5. Start car with the flat battery

6. Allow both cars to run 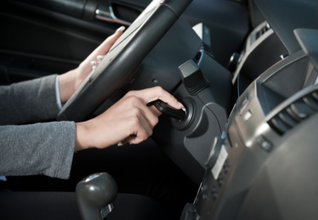 That was seven simple steps on how to jump start your car. If unfortunately, your car battery does die, you now know how to get it fully charged in no time.

What should I do after I jump started the car?

If you have successfully jump started the car, you will need to recharge the battery again fully.

To charge the battery, you will have to drive for a duration of 30 minutes. If you have a portable car battery charger, you could use that to top up the charge on your battery.

How often should I replace a car battery?

Batteries usually last 5-7 years. You should only replace a car battery if it shows any deterioration signs.

If the battery is struggling and is over 5 years old, you should get it checked by a mechanic.

Why don’t you connect the black jump lead to the negative terminal?

Never connect the black jump lead to the flat battery’s negative (-) terminal. Failure to follow this instruction could result in an explosion.

How long does it take to jump start a dead battery?

Typically it takes a dead battery five minutes. In harsher weather conditions, this could take up to 30 minutes.

Can jump starting your car damage it?

It could damage your car if you do not jump start it correctly. For example, putting the clamps on the wrong terminals could damage parts or even cause a fire.