Car Stars of the Big and Small Screen

Famous Car from Movies and TV

Who doesn’t like the movies? We all have our favourite actor or actress that we love to see on screen. But over the years there have also been some much loved famous car stars. While they may not have been the best cars on the road, they had big screen presence and character. 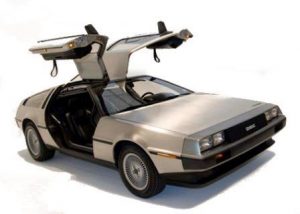 This is arguably one of the most recognisable cars on the list. Made in Belfast this was one of the stars of the Back to the Future films. It had a number of unique design features such as the gull wing doors, the brushed stainless steel body and the rear mounted engine. While movie fans loved the car, it was slated by critics and the company that made the car went into liquidation after only a couple of years of manufacture.

General Motor’s trans am is a well used car for film and TV. It made an appearance in all three Smokey and the Bandit movies, a trans am firebird featured which was driven by Burt Reynolds as the Bandit. A modified version of the trans am car was also used for the Knightrider car in the TV series as well as the movies as the talking car KITT. 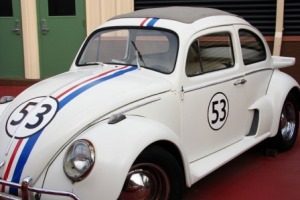 The VW Beetle car has been around since the late thirties right up to the mid noughties. It was designed to be literally the People’s Car. It was rear engine with the luggage compartment at the front of the car. It appeared in the Disney movies as the much loved Herbie. Herbie always had a big personality for such a small car, had a mind of his own and was capable of driving himself. Through out the Disney franchise Herbie had the distinguishing number 53 on the front with red, white and blue racing stripes running from front to back.

Although most people would struggle to come up with the make and model of the van used by members of The A Team, the familiar black van with the red stripe is easily recognisable to any child of the 80’s. It made a return to the big screen with the remake of the show. Although most people think the van is black with a red stripe the top half of the van above the stripe is actually metallic grey, a fact lost on most toymakers who made models of the van uniformly black. 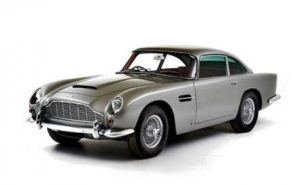 When you think of James Bond and the car he drives, you automatically think of Aston Martin. The Aston Martin DB5 car first appeared in the film Goldfinger and has appeared in many other Bond films including the most recent outings. Since Goldfinger Bond has driven many cars but Aston has always been synonymous with 007.

If you liked this article, read our follow up article Famous Cars of The Big and Small Screen Part 2

No matter what car you drive check out our competitive car insurance rates today, why not call us on 0818 25 20 25 to speak to one of our customer representatives or go to our website kennco.ie to get a quote today.