Kennco.ie are MG Insurance Specialists. We want our customers to know that they have the best possible insurance for their new car as a member of Kennco.ie.

We’re delighted to insure the hundreds of MG owners we have as our customers and be the trusted company they turn to in crisis regarding their motoring needs.

We can insure your MG vehicle if it is roadworthy and legally allowed on Irish roads. Our quotations will differ based on your experience as a driver, the cost of your car, the features of your car, your no claims bonus, and how securely you store your MG at your residence.

The History of MG 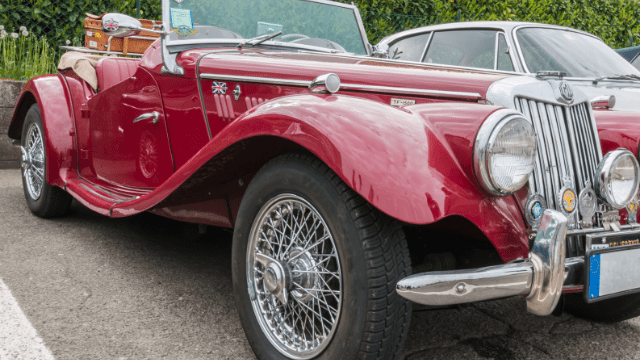 MG’s foundation can be seen back to the 1920s and Morris Motors. An Oxford Morris dealership was producing its cars with the MG for “Morris Garages”. The company established its own brand identity in 1928 and was then named MG Car Company LTD.

The British Motor Corporation Limited then acquired MG. They eventually became the Rover Group in 1986.

The 1970s proved challenging for the brand. Several plants closed, and there was a shutdown of the historic Abingdon factory. It was deen as death to the cars by many, and there was uproar at the decision. MG was temporarily abandoned shortly after.

In 1982 MG was brought back by the Austin Rover Group. They went on to build the Montego, Maestro and Metro.

BMW then bought MG in 1994. They launched the MG RV8 in the following year, and the MG F. This was their first mass-produced sports car since the MGB.

BMW sold MG in 2000. After this, the MG Rover Group was set up, but it was suspended in 2005 after it went into receivership.

In 2005 Nanjing Automobile Group bought the MG brand and MG Rover Group. As you can see, MG struggled through the years and went through a lot of sales, but they are still here and still selling at the end of the day. This year in Ireland, their sales have skyrocketed. Their most famous model in Ireland is the MG ZS.

Benefits of Being an MG Owner

Reliability – MG has been voted one of the most reliable car brands in the UK. The brand is dedicated to affordable, high-quality cars.

Features – The MG cars come packed to the rafter with features. Their newer models include an 8-inch touchscreen with Apple CarPlay, a reverse camera, an electronic brake system, etc.

Looks – The MG is a stunning car. The ZS is a beautiful sporty, luxury SUV that blows the competition out of the water.

Kennco.ie has been helping insure MG owners since its establishment in 2008. We’re fully committed to trying to get you the best possible insurance price for your MG today. Simply click the button below to get a car insurance quote online today.