What is Car Insurance Fraud?

Insurance fraud costs the industry in Ireland over €200 million every year. It doesn’t just have an impact on insurance companies; it also results in car insurance increases for drivers too.

What is Insurance Fraud? 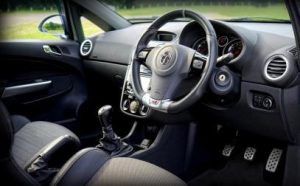 Insurance fraud presents itself in many different forms. Whether it’s exaggerating injuries to receive higher compensation or providing inaccurate information to receive a cheaper premium, they are all considered as fraud and may result in a prosecution. The number of fraudulent car insurance claims has increased in recent years which have been a contributing factor to the rising cost of insurance in Ireland.

Non-disclosure is where an applicant either purposely or accidentally omits details about their car or their driving history. This may range from something small such as where you park your car at night to failing to disclose that you were involved in a car accident.

By not disclosing details about your driving history it may bring down the cost of your car insurance premium, but in the event of a claim, your insurance policy may become invalid and you may also be liable to prosecution.

Fronting is pretending that someone else is the main driver of a car in order to bring down the car insurance premium.

Car insurance can be expensive for new drivers who haven’t built up a no claims bonus or who have never had a policy in their own name before. In many instances, adding a named driver to a policy can bring down the cost of car insurance.

However it is illegal to name someone else as the main driver on a policy where you will be driving for the majority of the time. Drivers are often unaware that this is fronting and that it is illegal. In many instances, parents buy a car insurance policy in their own name, and add their child as a named driver. However, if their child drives the car more frequently than their parents, they need to have a policy in their own name.

Insurance companies are usually made aware of the situation when the named driver is involved in a collision and they investigate the situation further. This can lead to claims not being paid out or a prosecution for the driver for driving without insurance.

In recent years the number of fraudulent claims has increased. This has had a knock-on effect on the cost of insurance in Ireland. This has especially been the case with injury claims where claimants either make up or exaggerate their injuries in order to receive more compensation.

Whiplash claims are 5 times higher in Ireland than in the UK and have become a major problem for the insurance industry. This is due to the difficulty in disclaiming dishonest claims and the high payout amounts for such injuries.

This involves claiming for an accident that never actually happened or was staged in order to receive compensation. This is usually done by moving a car that has already been damaged to a fake crash site. The insurer then pays the bill for the repairing costs.

If you’re aware of any insurance fraud, please report it to insurance confidential on 1890 333 333.