There are thousands of accidents every year in Ireland where injured or allegedly injured parties seek compensation. Most of these accidents involve cars or vans. Claims reported as ‘whiplash’ or ‘soft tissue’ make up 80% of these claims. Why is that? Well the answer is unfortunately very obvious – you can’t clinically disprove a soft tissue injury complaint, no more than you can prove it does exist. Car insurance increased to reflect the rising number of claims being made.

So there are 3 essential elements;
1. The injury can’t be disproved
2. It pays handsomely
3. The culture of a country. This will then decide whether the first two points make it an attractive proposition as it will usually involve exaggeration.

An Irish Neck is Worth 5 Times That of a British Neck?

The Irish have always been great at telling a good story and perhaps it’s a throwback to being colonial subjects that we wish to rebel and take from the establishment. But one thing is for sure, we the Irish have incredibly delicate and expensive necks.

Having spoken to several orthopedic surgeons on this matter, it’s very interesting to note that when they see ‘injured’ passengers arrive in A&E or at their clinics, the driver who was at fault (and therefore who can’t claim compensation) NEVER has whiplash complaints. Furthermore, when there are other injuries such as broken bones, the claimant NEVER complains of whiplash. Strange that, eh?

According to most of these medical experts, whiplash CANNOT occur in most accidents. Relatively minor accidents cannot provide the kind of velocity required to lift a person from their seat and push the cervical vertebrae together.

The typical complaint of being pushed back and forth is simply not enough to cause such complaints as whiplash. Most claimants don’t even worry that the impact wasn’t a rear end collision or that it didn’t involve enough impact. Unfortunately neither do THEIR doctors, lawyers or ultimately the judiciary. The Irish have one of the largest rates of 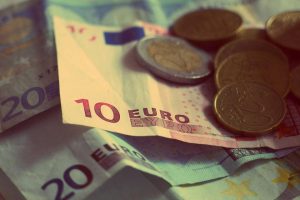 soft tissue injury complaints and claims in the world. Along with this we’ve without a doubt one of the highest award systems, be it through the Injuries Board or our courts. Ireland is supposed to be part of the EU ‘standard’, yet an Irish neck is worth 5 times that of a British neck?

Whiplash barely exists in France for example. How is it they don’t feel the same aches and pains the Irish do? When you look at Canada, the French speaking part of Canada similarly has little or no whiplash yet the Anglo/American part suffers hugely with it.

There is almost no whiplash in certain Eastern European countries but when they drive on Irish roads, their necks become very susceptible to whiplash.

With whiplash accounting for 80% of claims, its makes up a huge percentage of the total amount insurers pay out. This has had a massive influence on the size of insurance premiums and why car insurance increased in recent years.  Furthermore, these claims take up a huge amount of time and cost in the courts.

Furthermore certain ethnic groups essentially make a living out of fraudulent accidents. They’ll typically have the car packed with passengers and allege they hit a wall or ditch on some lonely country road and that everyone has whiplash. Or they’ll involve 2 cars, minor damages, no guards called and everyone has whiplash.

Are Doctors to Blame?

They attend doctors around the country who have never been challenged on the fact that they simply repeat the complaints that these people make. They then diagnose an expected recovery in 12 to 18 months time. Doctors charge a fortune for this one page report and insurance companies and judges have a problem. If doctors are prepared to put in writing that the claimant has whiplash, it’s very difficult and expensive to defend that case.

When an “injured party” is advised to take anti-inflammatories or to have physio sessions to relieve and cure the “pain”, they almost never take this advice. If you were in serious pain, would you ignore the doctor’s advice to take pain killers and have physio? It’s common sense that you’d do all you could to alleviate the pain yet we’re to believe these people when some 18 months post accident, they allege to still suffer “while driving or have disturbed sleep, a fear of driving, can’t do heavy lifting, feel pain first thing in the morning” or whatever else their lawyer has hinted they should complain about.

Ultimately the doctors, lawyers and the courts wouldn’t matter if the “compo culture” didn’t exist in the first place.  As a society, are we happy to accept the fraudulent and exaggerated claims .

How about if we all agreed to trial something. Let’s say everyone insists that we take out the ‘award’ element of whiplash claims for anyone complaining of these injuries.  Instead we offer loss of wages, cover all medical and physio bills and we provide rehabilitation help. BUT no compensation – what do think would happen? I’d venture a guess that we’d suddenly become like our friends in France. This would bring insurance premiums down and free up courts, making them far more efficient and cost effective. This results in a win-win for the vast majority of honest drivers and the general public.

Has the time come to stigmatise the fraudsters in a similar way that smoking became socially unacceptable? This would result in lawyers and doctors still making a great living accept through alternative jobs to dodgy whiplash claims.