There has been a lot of coverage regarding the Road Safety Authority’s report on cyclist casualties in 2012. The report shows that cyclist injuries hit a ten-year high (2002 to 2012) with 630 cyclists being injured on Ireland’s roads. This represents a 59% increase compared to cyclist injuries in 2011. 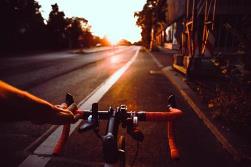 Below are some of the key findings:

What cyclists can do to protect themselves:

RSA has the following advice for cyclists:

What can drivers do to protect cyclists:

Cyclists and drivers need to work together to make the roads safer for cyclists.